Pressfield has built an online community of writers, at  http://www.stevenpressfield.com/, around his bi-weekly blog posts. I found myself enjoying the camaraderie around those posts, especially the comments.

I though to myself, wouldn’t it be nice to have a group of writers that I could communicate with everyday?

I started a Facebook Group called Women Who Write. It is a place were we post good news, inspirational quotes, questions, links to published work, and more.

For about a year, it was humming along.

I thought to myself, wouldn’t it be nice to have a spot to publish our work?

Then I launched Women. Who. Write. It is an outlet for essays, poetry, short stories, and blog posts.

In the last year, the group has had FIVE authors publish work.

We needed to celebrate their work.

We needed to talk to them and hear first hand about their experiences.

We needed An Evening With Women Who Write.

It is a diverse group of writers who write everything from cookbooks to historical romance. We are so very honored to have these talented women lend their time and talents to this event.

Here’s the line- up: 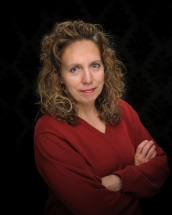 Author of A Girl Like You, a Henrietta and Inspector Howard novel. Henrietta Von Harmon works as a 26 girl at a corner bar on Chicago’s northwest side. It’s 1935, but things still aren’t looking up since the big crash and her father’s subsequent suicide, leaving Henrietta to care for her antagonistic mother and younger siblings. Henrietta is eventually persuaded to take a job as a taxi dancer at a local dance hall―and just when she’s beginning to enjoy herself, the floor matron turns up dead.

She is currently working on her second and third book in the series. This summer, she has been touring promoting her book. She is a She Write Press author.

WWW will ask her about her experience working with a hybrid publisher and how she launched her on-line platform.

She has contributed to three books Greektown Chicago: Its History, Its Recipes, and Chicago Area Ethnic Handbook  From 2002 until 2015,  she was a featured writer at GreekCircle magazine. Her work has also been published in The National Herald, USAGreekReporter.com, Harlots’ Sauce Radio (Bring the Marbles Home – Once and For All; You Did Not Just Say That!), KRHTH magazine, and NEO Magazine.

WWW is looking forward to hearing about how she launched an on-line publication in just a few months. And also find out …what’s next for the publication.

Author of At His Command, England 1453: The king sends Sir Nicholas Gray to protect the recently widowed Lady Amice Winfield from undesirable suitors. Though Nicholas intrigues her, she yearns to run Castle Rising without a man’s control.

WWW will explore the world of self-publishing with Ruth, and how she landed rave reviews from the NYT, USA Today, and Publisher’s Weekly.

Food Swap, part cookbook, part how to guide features more than 80 recipes for artisanal items that will be coveted at food swaps and adored as gifts.

Emily is  passionate about food and cooking she is the c0-Founder of the Chicago Food Swap and the founder of her blog West of Loop. She is currently working on her next book.

and landed an agent.

Author of Role Reversal, Taking Care of Yourself and Your Aging Parents offers invaluable information on a comprehensive variety of key topics, including estate planning, copings with grief/anger, building a support network, and ultimately finding the right level of care for your aging parent.

This is Iris’s second book. She is also a She Writes Press author.

WWW will find out about her experience writing and publishing her second book.

Women Who Write invites you to join us on September 8 from 6 to 8 PM at 2112, Chicago’s first incubator focused on the development of business and entrepreneurs in music, film/video and creative technology,  located at 4245 N. Knox Avenue.

6 – 7 PM – Join us for a reception with the authors. Refreshments will be provided.

The event is free. RSVP’s are encouraged at the  Evening With Women Who Write FB Event Page.

I am a screenwriter, producer and founder of Corn Bred Films. In addition to working on my novel Delilah: Recovered, I am working on my third film project Oriole Park. The film is in pre-production, and won “Best Pitch” at the Chicago International Film Festival. My other film project, Other Plans is a romantic comedy that I co-wrote was released on video on demand last summer. And the documentary, that I produced, directed and wrote, Love Under Fire: The Story of Bertha & Potter Palmer aired on PBS and was selected for the 2014 Women’s International Film Festival.

Information for readers and writers